The long road to freedom 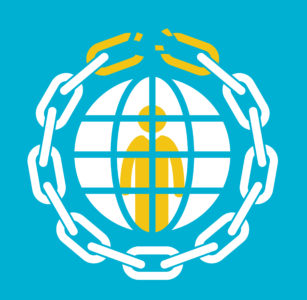 Your webmaster always enjoys BBC Radio 4’s programme The Long View, in which Jonathan Freedland draws enlightening parallels between historical events and what is happening today. For example, in March he compared Donald Trump’s proposed border wall with the impenetrable 2,500 mile Great Hedge of India. [This was new to me and, no, it didn’t work for long!]

Many of Freedland’s programmes show how little human nature has changed, and how slow progress has been, even when we think legislation has ‘solved’ the problem. For example, the Gay Britannia season of programming, marking the 50th anniversary of The Sexual Offences Act 1967, has highlighted the continuing struggle of the LGBT community for equal treatment.

On 1 August 1834, the Slavery Abolition Act 1833 abolished slavery throughout the British Empire. Progress elsewhere in the world was patchy, but in 1927 the League of Nations Convention to Suppress the Slave Trade and Slavery came into effect. 90 years on, has slavery been suppressed? Regrettably not. And not even in the UK – there were London and Highlands examples in “Traffickers take all that makes you human: faces of modern slavery”, a Guardian feature by Annie Kelly published only two days ago. The International Justice Mission estimates that “45 million people world-wide are trapped in slavery right now”. It might be called ‘human trafficking’, but “using lies or violence to force another person to work for little or no pay is slavery”, ugly though the word sounds.

The IJM invites churches to dedicate Sunday 24 September as Freedom Sunday, and Wednesday 18 October is UK Anti-Slavery Day. This was established by an Act of 2010 as “a national day to raise awareness of the need to eradicate all forms of slavery, human trafficking and exploitation”. “Government, local authorities, companies, charities and individuals [are encouraged] to do what they can to address the problem.”    What can we do to set the captives free?