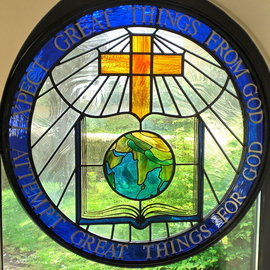 William Carey was born 250 years ago this month in a tiny Northamptonshire village, and started as a poor shoemaker turned nonconformist preacher, yet churches round the world will be celebrating ‘Carey Sunday’ on 21 August. Why?

Because it was Carey who pressed the need to “teach all the nations”, and persuaded reluctant colleagues to take action. In 1792 he wrote an influential book, and preached a famous sermon on Isaiah 54:2-3 with a call to “Expect great things from God, attempt great things for God”: together these led to the founding of the first of many societies for the propagation of the Gospel. Translating his vision into personal action, Carey sailed for India the following year. He never came back.

Wanting to reach the whole population with the Gospel, he set about translating the Bible into local languages – from scratch! – and eventually translated the whole Bible into six languages, plus portions in another 29.

He and his colleagues founded Serampore College, campaigned against the practice of suttee, broke with the caste system for converts, and promoted agricultural, social and medical reform.

Carey’s life started very humbly, but he said of himself: “I can plod. I can persevere in any definite pursuit. To this I owe everything.” Not a whizz-kid in today’s terms, but his contribution to spreading the Gospel has been described as “one of the towering achievements of Christian mission”.