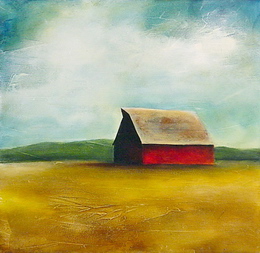 In our Gospel readings this month we will be reading what is usually referred to as “The parable of the rich fool”. Matt Judkins sets its context: “Luke’s twelfth chapter is packed with Jesus’ teaching about wealth and possessions. Even though Jesus lived in a time with far fewer resources and considerably fewer choices of things to buy, he still faced many of the very same issues. In fact, a significant portion of Jesus’ message dealt with serious issues of wealth and possessions, even though at times we tend to shy away from the things he had to say. Or maybe even worse, we try to explain them away to make them easier to take!”

“The common wisdom, then and now, seems to suggest that life does consist in an abundance of possessions. Jesus reminds us that this is not the kind of script our life is supposed to have. To say it as simply as possible, there is much more to life than having lots of stuff.”

Do we have lots of stuff? Or not much? Either way, as Stanford Gibson puts it: “Greed is an equal opportunity destroyer. It affects those with a lot and those with almost nothing. Greed is not actually a function of how much you have but of the orientation of the heart.”

The full texts are worth reflecting on:
see Stanford Gibson’s blog and Matt Judkin’s sermon