A heart for the poor 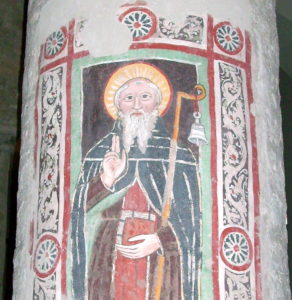 Only a few minutes after the result of the EU Referendum had become clear, BBC Radio 4’s 2016 news coverage was interrupted for “Prayer for the Day”. We thought it worth sharing what Canon Simon Doogan said.

The campaigning is finished; the argument is over, if only for a while. Some people will be elated today, others in the depths of disappointment, maybe even despair. I’ve been wondering what one man in particular would have made of it all, and that’s the sixth-century monk to which our parish church in County Down is dedicated, St Columbanus.

One of the figureheads of the first great continental monastic movement, Columbanus castigated kings and challenged popes. We have thirteen sermons bearing his authorship, alongside six letters, two sets of monastic instructions, a number of poems and a penitential. And then among them he quietly slips the phrase “totius europae”, the first written reference to the distinct concept of Europe.

Yet uppermost in Columbanus’ mind wasn’t political boundaries, so much as people sharing a common Christian faith. Now that’s a spiritual vision few may recognise today. But then, over the coming weeks and months, the accuracy or otherwise of a host of pre-referendum visions and forecasts will start to become clear. Surely what most of us really care about is how circumstances will change for real people on the ground.

So I’ve not wasted time thinking about which way Columbanus might have cast his vote, but I have been mulling over what Columbanus might have prayed, and what I keep coming back to is one of the things he shared most strongly with his Saviour, a heart for the poor. “Lord, whatever is shortly to unfold for our country, we think of those for whom life may be a struggle, and ask that, for them, whatever the final outcome, things can be made better. Amen.”