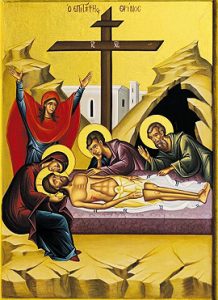 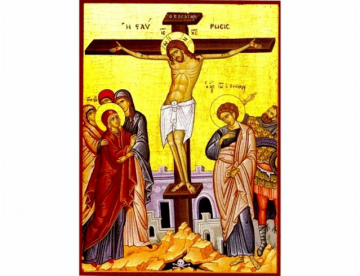 Let the ground
gape in stunned
lamentation.
Let it weep
as it receives
what it thinks
it will not
give up.
Let it groan
as it gathers
the One
who was thought
forever stilled.
Time
be still.
Watch
and wait.
Still.

Jan Richardson, from Circle of Grace: A Book of Blessings for the Seasons 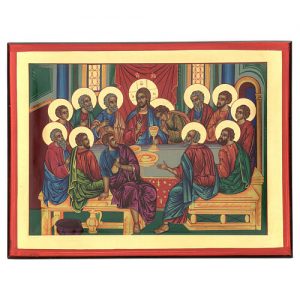 Christ,
whose feet were caressed
with perfume and a woman’s hair;
you humbly took basin and towel
and washed the feet of your friends.
Wash us also in your tenderness
as we touch one another:
that, embracing your service freely,
we may accept no other bondage
in your name. Amen.

“Then one of the Twelve—the one called Judas Iscariot—went to the chief priests and asked, “What are you willing to give me if I deliver him over to you?” So they counted out for him thirty pieces of silver. From then on Judas watched for an opportunity to hand him over.”

Today, we reflect on Judas betraying you.
You invested countless hours in that relationship. He was part of the core twelve disciples.
You brought him close, knowing the pain that he would inflict on you.
So, we take time to pause today because we come face to face with the Judas in us.

Our consumerism begs what’s in it for us.
Our pride makes us the captain of our ship.
Our sin leads us away from you.

Father, forgive us.
Create in us clean hearts.
Purify our motives and desires.
We are beggars for your grace and mercy.

The very air that Pilate breathes, the voice with which he speaks in judgment, all his powers of perception and discrimination, choice, decision, all his years, his days and hours, his consciousness of self, his every sense, are given by this prisoner, freely given.

The man who stands there making no defence, is God. His hands are tied, His heart is open. And he bears Pilate’s heart in his and feels that crushing weight of wasted life. He lifts it up in silent love. He lifts and heals. He gives himself again with all his gifts into our hands. As Pilate turns away a door swings open. This is judgment day.

The anointing at Bethany

The place smelt like the perfume department of a big store.
It was as if somebody had bumped their elbow against a bottle and sent it crashing to the floor, setting off the most expensive stink bomb on earth.
But in happened in a house not a shop.
And the woman who broke the bottle was no casual afternoon shopper.
She was the penniless poorest of the poor,
giving away the only precious thing she had.
Jealousy was in the air when a poor woman’s
generosity became an embarrassment to their tight-fistedness …

Stages on The Way, Iona 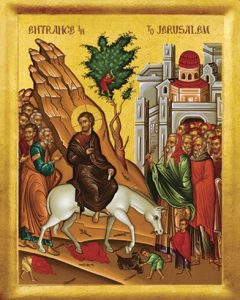 … over the broken glass of our world,
the rumours meant to hurt,
the prejudice meant to wound,
the weapons meant to kill,
ride on …
trampling our attempts at disaster into dust.

… over the distance
which separates us from you,
measurable in half-truths,
in unkept promises,
in second-best obedience,
ride on …
until you touch and heal us,
who feel for no one but ourselves.

… for in your company and at your side,
we might yet help to bandage and heal
the wounds of the world.

Ride on, ride on in majesty,
and take us with you. Amen

This sequence of daily readings or prayers for the sixth week of Lent was compiled by Rev Dr Michael Paterson using materials written by him and drawn from a variety of sources. You can download a printable version of the week’s sequence at this link.